What does a gender pay report look like in Umbrella?

The way we present your gender pay report statistics is closely modelled on the way the UK Government presents them, for consistency. And, obviously, they present the same data!

The report is broken into several sections.

The first section contains summary information about the report.

The next section shows the headline figures for ordinary hourly pay for women and men, with a chart to visualise the differences. 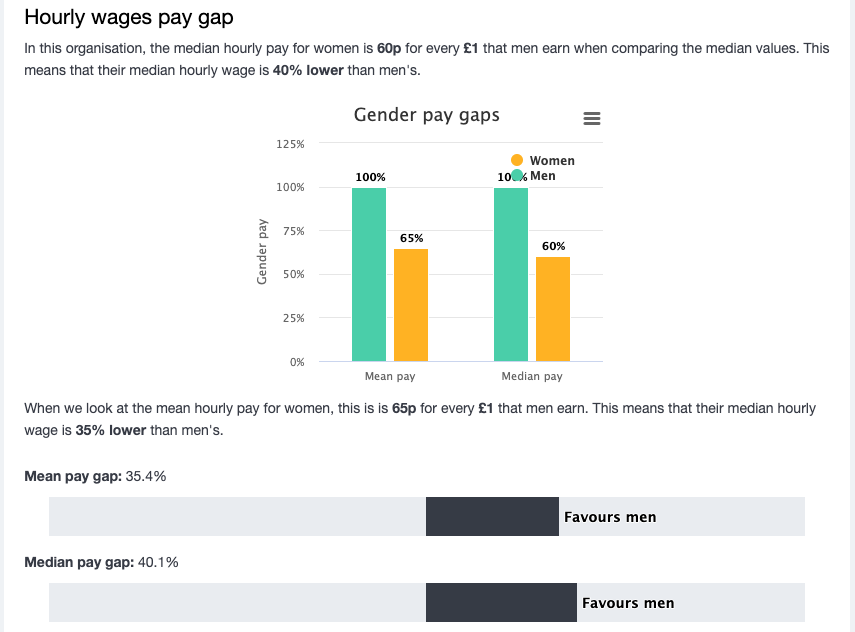 As required by the UK Government, this reports both the mean and the median figures. "Mean" is what we usually call "average" – it's the total divided by the number of people in each group. This number can, however, be biased if there are a few people paid much more than the others.

The median is the central number – what you'd get if you put the data into a spreadsheet, sort by size and find the number in the middle. It shows a 'typical' level of pay, and isn't so biased by a few very highly paid people.

This section is similar to the Hourly-Pay section, except that it shows how bonuses are spread between the genders. Again, both mean and median figures are used. 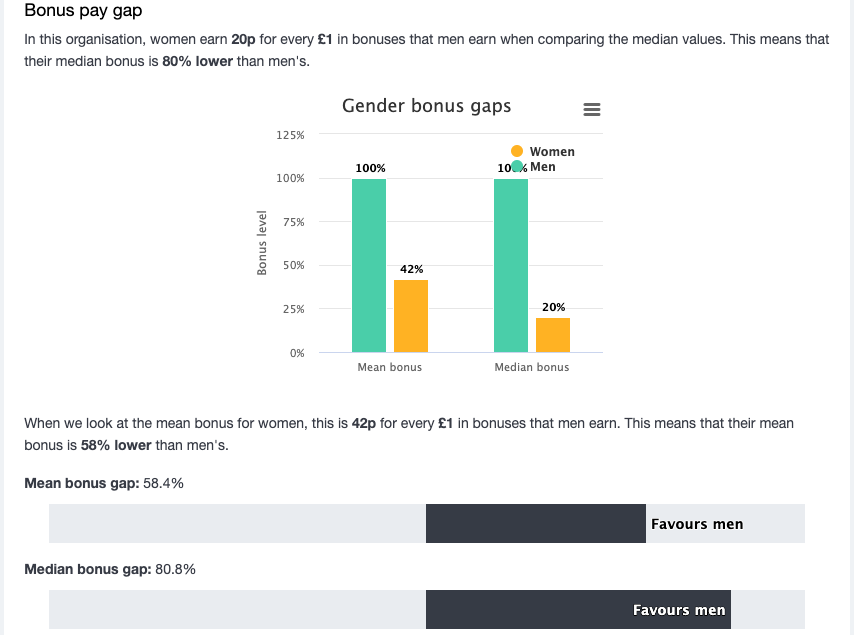 The final section shows the proportion of each gender in your organisation that receives a bonus.